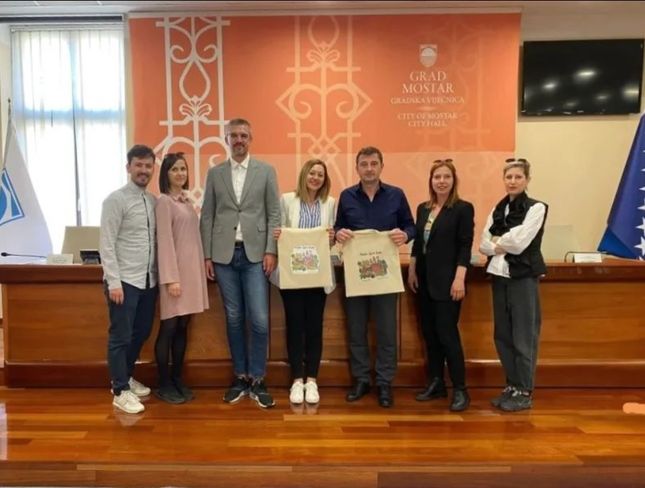 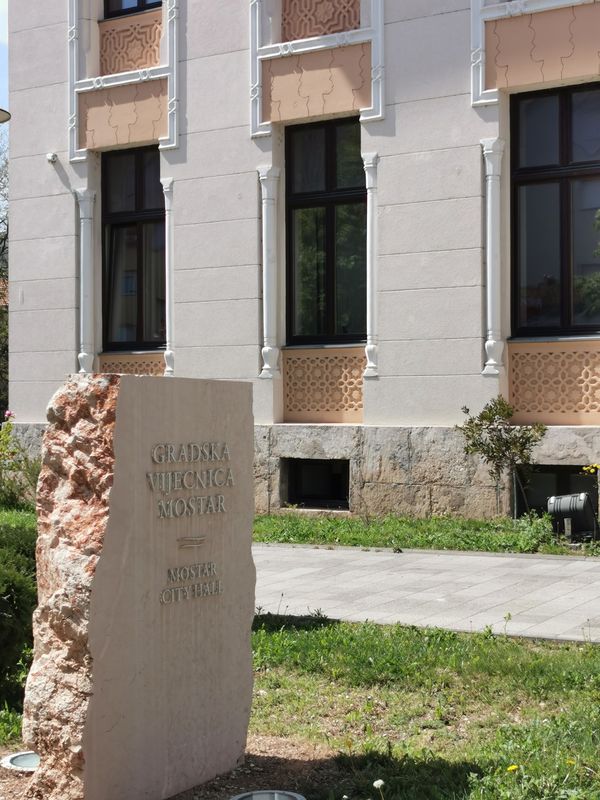 Institutional support is crucial for the sustainability of the #InterregMED #heritdata project, as well as for the further development of smart cultural tourism management.

This is the statement of the Mayor of Mostar, Mr. Mario Kordić, who supported the Interreg MED Herit-Data project and agreed to sign a Memorandum of Understanding within the project. The signing was organized during the reception of members of the Center for Spatial Research and the Fora Association, in the City Hall of Mostar on Friday, May 15.

The City of Mostar joined a number of other cities and regions, signatories of the Memorandum, including Patras, Dubrovnik, Pont du Gard, Florence and Valencia, which together with Mostar were pilot sites of the Interreg MED HERIT-DATA project.

The Mayor was also acquainted with the map of Mostar Herit Routes, which contains four thematic routes (architectural route, recreational adrenaline route, cobblestone route and Street Art route) that direct tourist flows to layers of heritage and places that are not in the standard tourist offer thus relieving the Old Bridge as a UNESCO World Heritage Site.

The maps were prepared by members of the Fora Association, architects Esma Šantić and Enida Setka, with the support of academic painter Maja Rubinić, who worked on illustrations, and Ilda Kero, designer and photographer. The author of the smartphone application is IODATA Banja Luka. The publisher is the Center for Spatial Research.

Mostar Herit Routes Maps are available in pdf, as well as Smartphone app in Android and iOS version.

All news
Back to top